New research suggests that sleep and screen time could make a difference.

Children who struggle with impulsive behaviors want to do well, but find themselves repeatedly getting in trouble. Kids with ADHD find that their bodies want to move and they act before they think, not because they lack self-control, but because of the way their brain works. Current thinking holds that the impulsivity that is a hallmark of ADHD has to do with deficient inhibitory mechanisms in the brain. In other words, the brain doesn’t turn off the kids’ impulses the way it does for the rest of us. A new study gives us insight into some practical things parents can work on at home to help their kids do well.

Impulsive behavior means acting without thinking or being unable to delay gratification. An impulsive child does things they regret when they think about it, and can’t wait for what they want. Impulsivity is not just a problem for kids with ADHD, it’s also a key feature of several important psychiatric complaints. For instance, impulsivity is thought to be important in possibly leading to and continuing eating disorders, substance abuse, and suicidal attempts in kids.

If we can identify the factors that impact impulsivity, we may be able to modify those factors and help our kids. 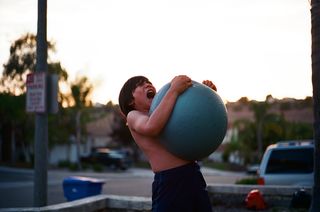 Kids with impulsive behavior disorders struggle to control themselves even when they want to.

The Healthy Active Living and Obesity Research Group at the Children’s Hospital of Eastern Ontario looked at more than 4,500 kids aged 8-11. The team used the Canadian 24-hour movement guidelines for children, which are essentially the same as what pediatricians advise in the U.S. The goals are 9-11 hours of a sleep a night, 2 hours or less of recreational screen time a day and at least 60 minutes of moderate to vigorous physical activity a day. In other words: get enough sleep, don’t sit around on screens all day, and get that heart rate up enough to break a sweat. Kids who do all of this tend to think and plan more effectively, are less likely to become obese, and have better quality of life compared to kids who don’t do any of them.

This study focused specifically on impulsivity, like breaking rules and risky behavior. While prior research has looked at individual habits when it comes to impulsivity, this “study is the first to show that adequate sleep and reduced ST are linked with less impulsive behavior among children.” Kids who got enough sleep and didn’t overuse screens also tended to behave less impulsively. For example, they were better at finishing their homework or controlling themselves when they were upset.

The findings suggest that limiting screen time and promoting sleep could help to prevent impulsivity problems for our kids, but the study did not actually prove it. Further research is needed to see if changing things will actually help impulsive kids who sleep too little or spend more than 2 hours a day on recreational screen time. In the meantime, it makes sense for parents to do their best to follow the guidelines on sleep, screens, and exercise.