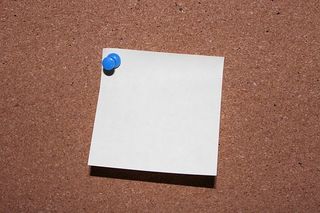 Kim will admit she procrastinates. She has Attention deficit/hyperactivity disorder (AD/HD), and for as long as she can remember, she’s always been the kid doing the science project the night before it was due, now turning in the report at work at the very last minute.

Matt doesn’t have AD/HD but procrastinates as well. Matt’s problem is anxiety. He easily gets overwhelmed and rattled, especially with something new or complex, and so winds up putting it off as long as possible.

Procrastination is common for folks like Kim and Matt with either AD/HD or anxiety or often both. Kim struggles to focus, especially with topics that are boring or difficult, just as Matt’s anxiety makes everything seem important and difficult for him to map out priorities. Both can get easily scattered, and both tend to be emotionally driven: If they feel like they do it, but if they don’t — because the doing seems too difficult, because they don’t know where to start, because the deadline seems far off — they don’t. Though they scold themselves for not just sucking it up and moving forward, they find themselves gravitating towards doing what’s easy and putting off what is more difficult.

Medication may help each of them – AD/HD meds for Kim, perhaps anti-anxiety meds for Matt – but that’s only part of the solution. The other part is organizational skills, the learning to do hard before easy, and the plotting out of tasks in advance in order to set realistic expectations and override that don’t-feel-like-it feeling.

Here’s the 8-step approach to conquering procrastination and getting stuff done:

#1. Map out the 5 most important things you need to get done in the next week.

Ideally, you do this Sunday night. Why? Because you want the opportunity to proactively map out tasks before you get caught up in the flurry of the actual work week and all too easily feel overwhelmed by demands coming at you. You also want to decide on 5 things, not 50, as a way of forcing yourself to set priorities and realistic expectations.

Sunday night gives you the big picture, but you need to break that picture down into smaller, doable tasks. Here you sit down with yourself on, say, Monday night to map out the 3 things (not 30) that you absolutely need to do on Tuesday that are part of the big 5. Here Kim may decide to use Tuesday morning to do background research for the report due on Friday; Matt may come up with a supply list for a home project. Prompts can help: Write your 3 tasks on a whiteboard and check them off when completed.

Why map out the night before? So you can hit the ground running the next morning. By mapping out your tasks in the evening you are priming your brain for the next day’s action, and short-circuit the danger of waking up, deciding you’re tired because you didn’t sleep well, and saying to yourself that whatever you planned to do, you’ll do it tomorrow.

Here Kim takes her meds and starts on the most boring research she needs to do for her report; here Matt mediates to relax and get focused before he sits down and comes up with a supply list. You want to train your brain to do the hard stuff rather than constantly putting it off; you want to do it first thing to get it out of the way before your meds wear off or you get tired. You want to do it for 45 minutes, so you don’t sabotage yourself with unrealistic expectations of having to work yourself to death until it’s done.

Taking a break is a way of getting mentally and emotionally re-centered. The key here is to time the break so that Kim doesn’t decide to go outside to pull a few weeds or Matt doesn’t start doing sudoku puzzles and they find themselves still doing them 3 hours later.

You’ve had your break; give it one more round of focus.

#6. Give yourself a reward.

Here Kim treats herself to another cup of coffee and a donut or Matt goes back to his Sudoku for a half hour. The idea is to solidify the accomplishing of the hard stuff with positive reinforcements.

#7. Move onto the easier tasks.

With the hardest stuff out of the way, you now can move onto items #2 and #3 for the day that are less overwhelming or require less focus. You can continue to do blocks of time with timed breaks, but your day isn’t done until you cross all 3 tasks off your list. Build-in another reward at the end of the day for accomplishing your…day, and then plot out the next day before you go to bed.

What this means is resisting the temptation of looking at your watch at 2:00 and saying to yourself, “Wow, it’s already late, it’s 2:00, the day is shot, I’ll finish the rest of the stuff up tomorrow.” (Or waking up late and essentially saying the same thing.) Stay on track by staying on track and not finding excuses to put your tasks off.

There you have it. Give this a try, tweak it to fit your own lifestyle. It’s about being proactive, about learning to do hard before easy and not being emotionally driven, about breaking big tasks into smaller, doable ones, about rewiring your brain.