Part 1 of this discussion focused on the reverse engineering of procrastivity – a form of procrastination defined as putting off one’s priority task by escaping to a lower priority, but still productive task.1 In that earlier post I outlined, the elements of these escape tasks that make them more desirable, at least when facing a more challenging priority task, particularly for adults with ADHD.

Part 2 focuses on taking these elements and re-purposing them to overcome procrastination. The tips listed below can be used to get jump started and increase the likelihood of getting engaged with something that you want to do rather than succumbing to procrastivity or other forms of ill-advised avoidance: 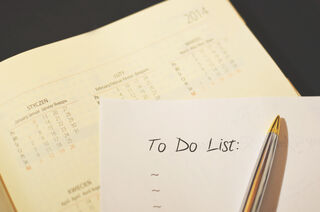 1) Make the task more manual and actionable, at the very least for getting started: Procrastivity tasks tend to more manual or hands-on, such as mowing the lawn versus working on taxes. What’s more, tasks that are framed in broad, non-specific ways, such as “do taxes,” “do homework,” or “exercise” run the risk of laying bare ambivalence and discomforts associated with them along with now facing the question, “Where do I start?”

Thus, a way to increase the odds of getting started on the priority task is to define the smallest, actionable step that answers the “Where do I start? question. More important is to frame it is behavioral, “doable” terms that somehow force you to “touch” the task.

Most often, this step is not anything productive, but is still necessary, such as getting oneself to the place where the task is to be done or gathering need items. Hence, a manual step for taxes is “collect envelopes that say ‘important tax document enclosed” and take them to the kitchen table” or wherever it is to be done. For a student, the manual step might be “get to the library” or “open the essay file.” For exercise, first steps might be “get out exercise clothes,” “put air in the bike tires,” or even “get air pump from the basement.”

It seems basic, but adults with ADHD often have difficulties with sequencing steps and managing the subtle emotional discomfort associated with switching to such tasks (deemed the “ugh” feeling2) that trigger an impulsive escape to something else other than the planned task. Taking these initial steps is designed to set off a launch sequence of associations that will promote follow through on the priority.

2) Script out the initial onboarding steps for engagement: Despite the aforementioned ideas for getting off to a good start, it is useful to list out a few more actionable onboarding steps. For taxes they might be “open envelopes and lay out forms;” for the student and homework it might be “check online syllabus to confirm the homework” or “re-read the essay draft;” and for exercise these additional steps might be “choose exercise playlist” or “gather helmet, bike shoes, and glasses.” Again, none of these steps are necessarily making any progress, yet, but are akin to wading into the swimming pool and increase the odds for engagement. None of these steps guarantee follow through – but they function to turn the abstract idea of what we plan to do into specific steps, each one increasing the likelihood that we will do the next step and in this process the task has been started, not unlike progressive exposure steps for facing anxiety.

3) Create a “bounded task” plan with a start- and end-time: Most priority tasks will require more than one work session to finish it, such as taxes or an essay, or persistent efforts across time, such as exercise. Often, these tasks are approached with the plan to “work on it for a few hours,” “get as far as I can,” or some other either unclear or unrealistic time frame.

We often do not do things we like for “a few hours,” much less many work tasks. Creating a “bounded task” plan is akin to defining the other end of the swimming pool so that we can allocate our efforts to reach an end point. The ideal is to set an appointment for a task with a reasonable, minimal time frame and a specific clock time, such as “At 9 a.m. on Saturday, I’ll spend at least 30 minutes on my tax plan, ending at 9:30 a.m.”

Once started, people often continue working on that priority task for at least a little longer than planned, which is a bonus. However, particularly for adults with ADHD, if they would have set out to work that long, they would have been at risk for thoughts and feelings related to the idea “I’m not up for this right now” or “I’m not in the mood to work that long” and have abandoned the plan before starting.  In fact, a recent study indicated that knowing in advance when a neuropsychological test would end resulted in better performance compared with those who were not told.3

4) Define a minimal, achievable task objective that provides a target for completion: Another aspect of procrastivity tasks is that they tend to offer clear stopping points when the task is done, such as mowing the lawn. Time-bounding mentioned above is helpful on this front to at least provide a time-based definition for being done, at least for a particular work block.

Task-bounding is an option for many tasks, such as “unload the dishwasher” or a “10-mile bike ride,” but the main issue is making sure the task is seen as being “doable” – it is better to set a lower bar to increase the odds of engagement (“Maybe if I at least unload the top rack of the dishwasher”). Being able to reach points of completion helps promote efficacy for the task, even basic ones, such as “enter name, address, and other basic info on online tax form” or “I’ll at least do the aerobic part of my workout.”

If people end up stopping after those accomplishments, that is fine – they did not procrastinate. Most often, after getting over the hurdle of initial ambivalence and “ugh” feelings, people most often keep going, reach a stopping point, and feel much better as a consequence. We often underestimate the positive feeling associated with getting things done, even the “have-to” tasks of life

The valuation and prioritization of tasks is a personal matter that is fit to one’s situation. The purpose of outlining procrastivity and lessons learned from it is to allow individuals to make informed decisions about how they spend themselves and their time, energy, and effort. Indeed, it is perfectly reasonable to decide that one does not want to deal with taxes or homework on a particular day and instead focus on procrastivity tasks (or simply having down time, which itself is a worthwhile “task”). When procrastination runs the risk of causing problems, though, it is helpful to have a model for understanding how one slipped into it and corresponding strategies for engaging in avoided tasks.

As with other coping strategies for adult ADHD, there is nothing shocking in these suggestions – there are no trade secrets for how to cope with ADHD, but it is an implementation issue. That said, these sorts of adaptations to known coping strategies are often needed to promote follow through and they are helpful for anyone, ADHD or not.