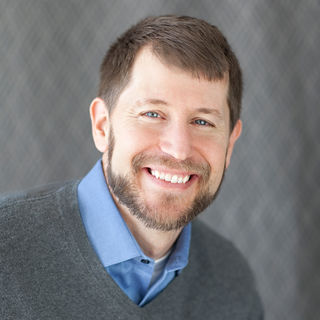 ADHD doesn’t just affect school and work life. It has an effect on relationships as well. And unless dealt with by both partners, it can set up some very frustrating patterns of unhappiness.

How does ADHD seep into the relationship life of those who have it? And what specific problems might signal a partner has ADHD?

ADHD can impact someone’s ability to be consistent in the ways that they would like to be. They tend to be distracted, forgetful, and disorganized and to run late and lose things. They may act impulsively and then regret it. I sometimes describe ADHD as a disorder of reliably converting intentions into actions. This affects them at school and at work, but also at home. We tend to expect our romantic partner to be a reliable teammate, so when ADHD causes too many instances of falling short, the non-ADHD partner will initially take on more of those responsibilities, since someone has to. As they feel increasingly overloaded by the imbalance, they become resentful, angry, and naggy, and the partner with ADHD becomes evasive, defensive, and minimizing. They can fall into a dynamic of over- and under-function or, even worse, of the controller and avoider. Needless to say, no one is enjoying this.

Exactly how big of an influence can ADHD have on relationships?

ADHD can have a major negative impact on a couple’s relationship and sexual satisfaction, but it doesn’t need to. It is often at its worst before it is accurately diagnosed and treated since both partners feel powerless to create the lasting improvements that they both want. This is one of the meanings of the title of my book (ADHD After Dark)—that ADHD is at its worst when you are in the dark about it. Fortunately, it tends to respond well to treatment, and when both partners put in the time to educate themselves about how to best live together with it, they can create a great relationship.

How does it affect a couple’s sex life?

Sexual satisfaction and relationship satisfaction overlap a lot, so to be happy in one, you need to do the work to be happy in the other. Most of the effect that ADHD has on a couple’s sex life has to do with the effect that it has on how they get along outside of bed. Couples who are stuck in the battles about workloads and who gets to decide how things are to be done will be much less interested in being sexual together. In my research, I found that the biggest barriers to a better sex life for couples with one ADHD partner involved having too many negative feelings for each other that interfered with sexual desire. The other big category of barrier involved not having enough time or energy for sex, due to the way that ADHD can make it harder to use time efficiently and the potential imbalanced division of labor that can result, especially when it is the male partner with ADHD. Interestingly, the smallest barriers involved the sex itself, so once these couples actually get to it, they tend to enjoy it.

Why do you say good sex is extra-important for couples with ADHD? And just what do you mean by good sex?

First, every individual and couple defines what makes sex good for them. Frequency matters, but quality matters much more.

Because ADHD can create some additional struggles in the daily lives of both partners, they can benefit all the more from the protective effect of the positive feelings and connection that come from a good sexual encounter. It can create goodwill and a sense of being on the same team as couples face the grind of daily stresses. This is important for every couple, but especially for those with additional challenges.

Can a good relationship improve the symptoms of a person with ADHD?

Having a good partnership where each partner complements the other can minimize the ways that ADHD affects the couple’s life. The happiest couples put in the effort to understand and manage ADHD so that they can minimize its impact, but they also accept that some symptoms of ADHD will remain. They chalk this up to the differences that any two people would have and instead focus on the things about each other that they appreciate and benefit from. There will always be things about our partner (and ourselves) that we wish were different, but the happy spouses remind themselves that there is more that is good than bad in their partner and relationship.

How are those with ADHD sexually different from those without ADHD?

In my survey, I found that those with ADHD, of both genders, tended to be more sexually eager across 10 out of 12 variables, such as desired sexual frequency, masturbation frequency, kinkiness, etc. This greater interest in sex can be a benefit for the relationship if it helps long-term couples make sex more of a priority and thereby reap all its benefits. But this can also cut the other way if one partner has a significantly higher desire and the desire difference becomes yet another battleground for the couple. This is more likely to be true when it is the man who has ADHD and his female partner is perhaps less sexually interested, but also when her desire is suppressed by resentment over an imbalanced division of labor. When the woman has ADHD, the two partners are a little more sexually similar, and they have sex about 25% more often (73 vs 59x/yr).

What is the single most important thing for a person to know about having a partner with ADHD?

Managing ADHD is a team effort—like everything else in relationships. ADHD can become the obvious target of intervention, but the non-ADHD partner also has their own work to do. For example, they may need to work on accepting that giving a reminder or two (nicely!) is better than being resentful when something gets forgotten. Or that just because they are better at getting things done doesn’t mean that they get to decide how everything is to be done. The partner with ADHD needs to put in diligent effort, but the non-ADHD partner also needs to put in their own.

I like to say that ADHD doesn’t invent new problems, it just exacerbates the universal ones, so partners need to be extra diligent about how they handle things. They may need to work harder in certain specific ways, but it is no different from how every couple needs to negotiate different desires and preferences and bring their best to the problems that arise in relationships and life. Those who do this well are rewarded with a supportive relationship and passionate sex life.

About THE AUTHOR SPEAKS: Selected authors, in their own words, reveal the story behind the story. Authors are featured thanks to promotional placement by their publishing houses.

To purchase this book, visit: 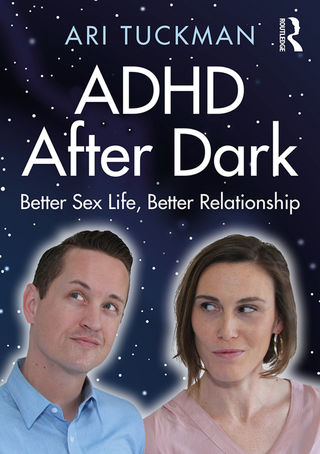