The worst part of the holiday season and holiday parties are the comments. My sister wants to know why I’m still stuck in my dead-end job. My great aunt Rosa tells me I’m raising my children all wrong. My mother wants to know why I can’t come earlier and stay later. The crazy thing is, I’m usually a self-confident person. So why do I want to yell at everyone, slam the door to my room, and blast my music?

Ana is a participant in my Post-Traumatic Parenting classes. We like to meet before the holiday season because anyone raised in traumatic circumstances knows that the holiday season has special triggers. There’s something about the enforced cheer and time spent with family that brings out the worst in us. As we try to create healthy childhoods for our children, in contrast to the ones we had, we find that the holiday season is particularly challenging.

I feel like I’ve made so many strides in my life. I’m successful; I’ve processed my trauma. I’m in a healthy relationship, my kids are thriving, and my life is on a good path. But when I go to family parties, and my mother starts in on my kids and makes those sickly-sweet comments, like “Does your daughter really want that cookie? Shouldn’t you say something?” I just want to scream at her about the years of eating disorder treatment I underwent due to her overfeeding and then shaming me when I gained weight. I’ve gotten so far; I’m past all of that. So why does going home for the holidays make me feel about 12?

There’s a reason why going home makes us feel like we’re going a little crazy. To a certain extent, our personality is not only encoded in our brains. It’s also encoded in our interactions with certain people.

The reason the “Great-Aunt Rosas” of the world make us feel 12 again is that the schema in our brains labeled “Great-Aunt Rosa” was formed then, and being around her pulls our 12-year-old self into the forefront. This is particularly true if that person engendered strong emotions, like shame.

Sibling and parental interactions are the same way. We tend to revert to earlier versions of ourselves around them because our relationships with them were formed during those earlier periods, and those modes of interacting were rehearsed so many times. To a certain extent, we are those earlier versions of ourselves when we are home. Who wants to do middle school or adolescence again? We can’t allow ourselves to be surprised when earlier coping tools suddenly resurface in our repertoire when we visit our childhood homes.

It’s hard enough to handle insensitive comments about ourselves. Hearing them about our children, especially when we’re not capable of using our adult resources, can be harrowing. I’ve heard about family members making all sorts of comments:

Going Under and Going Over

In situations like this, it’s important to remember that the time to have that “talk” about your daughter’s weight or your son’s ADHD and the veracity of that relative’s opinion is never at the party. You’re not your adult self right now, so you’re unlikely to win a reasoned debate. Next week, when you go home, and you’re back to your logical, adult self (plus you’re too far to smack the person), you can call up and debate the issue or set a boundary. 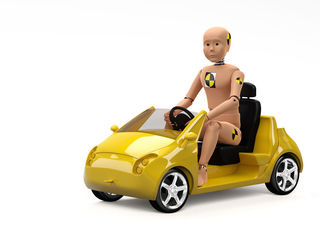 I recommend steering the conversation, using two techniques I call “Under” and “Over.” Both are techniques to manage potential conflict in the moment, not to fully address the issue. The goal is to get past a potentially awkward interaction without exposing our children to more harmful criticism from an adult and to distract the other person from their train of thought.

Going under the communication means connecting to the love that underlies the statement. For example, saying, “I see that you love my son and me very much and care deeply about us.” Hopefully, that refocuses the potentially hurtful person on the relationship, and they can abandon the shaming/blaming statements.

Going over communication is a bit more obviously strategic. It means asking the potentially hurtful person for advice on how to deal with hypothetical “other” people who might say something. The kind of person who gives unsolicited advice tends to love being asked for actual advice.

“I don’t believe in ADHD. What John needs is a good smack.”

“John is getting overstimulated, and I’m worried other people will say something. What do you think I can say to other people, so they don’t hurt his feelings?”

The goal is to pull that potentially hurtful person onto your team, asking them to help advance your agenda. Most people like being members of an in-group, so this invitation is usually hard to resist.

If going home drives you a little crazy, remember that your younger self is often in the driver’s seat. Use “under” and “over” strategies to steer the conversation in the direction you want it to go.

Dattilio, Frank. (2005). The restructuring of family schemas: A cognitive-behavior perspective. Journal of marital and family therapy. 31. 15-30.