Procrastination has been deemed the quintessential self-regulatory failure—putting off tasks despite knowing you will be worse off as a consequence.1 Seeing as ADHD itself is a developmental problem of self-dysregulation—a chronic, persistent delay in the acquisition and employment of the foundational self-regulatory capacities, known as the executive functions—it is no surprise that procrastination is among, if not the most commonly cited presenting problem faced by adults with ADHD seeking treatment. 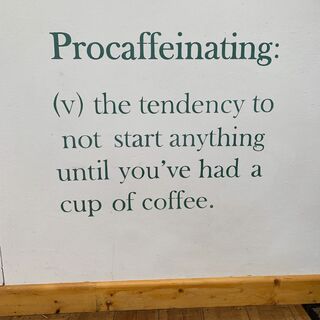 Getting ready to get ready is not doing!

Everyone—ADHD or not—puts off tasks, including via procrastivity. Adults with ADHD, though, are at greater risk for experiencing more significant negative effects and impairments from it.

But what is it about these procrastivity tasks that make them magically more enticing than the priority tasks? The laundry and yard work themselves likely had been objects of procrastination before. Why the motivation to do them now?

A reverse engineering of procrastivity and the nature of the tasks used to avoid higher priorities offer some important lessons about their particular features. In turn, these lessons can be co-opted and used to increase the ability to stay on track with the more important, high-priority tasks.

Compared with priority tasks, procrastivity tasks have the following features:

1) They tend to be manual or “hands on”: Procrastivity tasks tend to more manual or hands-on than priority tasks. Priority tasks, on the other hand, are more mentally challenging, exacting greater cognitive load, such as administrative tasks, writing, homework, and many others. Even among these intellectual tasks, such as different homework assignments, there is a personal rock-paper-scissors algorithm of difficulty, such as “writing is harder than reading” and “reading is harder than a problem set.”

2) They offer a familiar script of onboarding steps for getting started: For the procrastivity steps mentioned above, laundry and mowing the lawn, there is a clear, well-rehearsed set of steps to perform for getting started that is viewed as more “doable” than the higher priority task. This makes getting started on those tasks easier and probably fuels justifications for escape in the form of the thought “I’ll do this other thing first, then I’ll me ‘in the mood’ for the priority task.” (Have you ever really been “in the mood” for laundry or taxes?)

3) There is a clearer sense of making and maintaining progress: With procrastivity tasks, you can see the laundry and lawn getting done with a corresponding decrease in the amount of time and effort remaining, a countdown until the task is done. With most priority tasks, more than one work session is required, such as writing a paper or completing taxes, and there is a possibility of surprises or difficulties with the task that could conceivably end up taking more time and effort than was originally anticipated. At the very least, this uncertainty creates a feeling of discomfort that is strong enough to nudge a person towards the procrastivity task—often even despite knowing that they are procrastinating. (Although not a true emotion, I’ve used the description of “ugh” as the discomforting feeling associated with that uncertainty.3)

4) There is a clear end point: There is a clear stopping point with most procrastivity tasks at the job is completed and off the to-do list. This fact comes with a visceral sense of satisfaction of task completion, even with chores and other administrative matters. This positive feeling is underestimated despite the fact that procrastivity tasks are not the most existentially fulfilling matters. It feels good to get things done. Due to the vagaries and uncertainties inherent in many priority tasks, it is difficult to determine an exact end point that one is confident can be reached, at least compared to that offered by the procrastivity task. Even in cases of a clear deadline, such as for homework or taxes, there is uncertainty about how much progress will be made during the time spent on the priority task, which opens the door for escape to a task with greater certainty. In fact, many people are willing to devote more time and energy to a procrastivity task than to the priority task because the certainty of the outcome is more desirable to one’s sense of efficacy, the belief that one can do it. Thus, two hours of yard work is preferable to 45 minutes working on taxes.

So, how are these lessons repurposed to help stay on track with priorities? Part 2 of this blog will focus on turning these characteristics of procrastivity into coping strategies that you can “do” to increase the likelihood that you can more often and more effectively initiate and follow through on personally-relevant objectives, or, said simply, turn your intentions into actions.

Getting ready to get ready is not doing! Source: Russell Ramsay