Most people want a good sex life, so what gets in the way? And wouldn’t most couples be happier if they had more sex (good sex, obviously)?

To try to shed light on what it would take to make things better for couples when one partner has ADHD, I created an online survey looking at sexual and relationship satisfaction which I wrote into my newest book, ADHD After Dark. Three thousand folks responded, so others also seem to be interested in this. Out of the seventy-two questions, twenty-five of them listed potential barriers to a better sex life that respondents could rate from not a barrier to an extreme barrier.

There are some good lessons in this data for all of us—especially if you or your partner have ADHD, but even if neither of you do. ADHD doesn’t really create new relationship problems; it merely exacerbates the universal struggles that every couple needs to find a way to manage. As in, negotiating different preferences and ways of doing things, balancing work and play, and deciding what to try to change versus what to accept.

Let’s take a look at the smallest and then the biggest barriers, so we know where to put our energy. You may find that some of these apply to your relationship more than others do—and that your partner may rank those barriers differently. Ideally, the two of you would discuss them and then brainstorm how to overcome them. My hope is that having a conversation about each of these potential barriers can help you pinpoint what is having the biggest impact in your relationship. 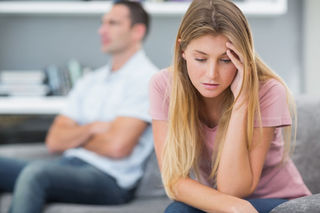 The Good News: The Smallest Barriers

I think we can all be heartened about the barriers that were rated the least problematic:

Basically, what this says is that people felt that the sex was good when they had it. The trick is making it happen. Having said that, if there is something specific about the sex you are having that is interfering with having a better sex life, then obviously do something about it.

The Points of Intervention: The Biggest Barriers

When I looked at the top five barriers for each of the four kinds of respondents, the ten total barriers generally sorted out on two themes: too little time or energy for sex and too many bad feelings.

Too little time or energy for sex:

Too many bad feelings for sex: 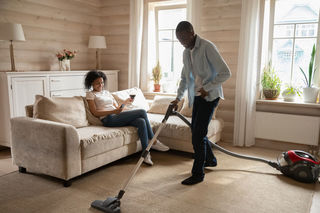 It’s easy to see how the frustrations related to not having enough time, particularly if someone feels that there is a significant workload imbalance, can drive the bad feelings. But it can also go back around the other way, if the couple feels disconnected emotionally and sexually and therefore isn’t working well as a team on the mundane matters of daily life. Good sex can help partners feel better about each other which can make them more generous in nonsexual matters—which probably has the benefit of increasing sexual generosity. So, if you feel like you and your partner are stuck in a negative momentum loop, then make a point of putting in the effort to turn that around. You may need to start with generosity in nonsexual areas, but you also can’t wait for everything to be perfect in the relationship before having sex again because you are then missing out on the relationship-enhancing benefits of good sex.

It should be noted that some sexual barriers probably mostly reflect an inherent quality of the individual, regardless of who they are in a relationship with—for example, if someone has trouble mentally switching gears for sex, that was probably true for them in most of their relationships. However, some sexual barriers may be more reflective of the interaction between the partners, at least at that point in time—for example, being too angry at one’s partner to want sex. However, there is always an interaction between partners, even if one partner brings a strong tendency to the relationship. The challenge for all couples is to find ways to reduce these barriers so that they get the benefits of good sexual experiences on their ability to work together as a team on the rest of what life throws at them.