Attention-Deficit/Hyperactivity Disorder (ADHD) is a uniquely frustrating condition to manage. Adults with ADHD struggle with various day-to-day tasks tied to work, school, at-home chores and errands, and even getting out the door in the morning, that most people navigate with only trifling bother. Although the effects of isolated instances of procrastination, poor time management, disorganization, or any other of the “usual suspects” of ADHD are, in most cases, unremarkable, it is the cumulative effects of these facets of ADHD in adult life and functioning that create the number and magnitude of life problems that place ADHD amongst the most impairing conditions encountered in outpatient clinical psychology and psychiatry. 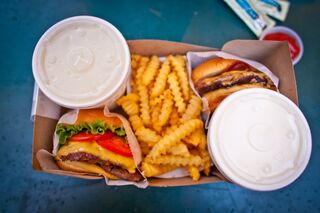 One of less renowned domains of life that is particularly vulnerable to the effects of ADHD is health and well-being. Research on ADHD and driving behaviors provided an early and now well-established example of such a risk. Drivers with ADHD are more likely to drive much faster than posted speed limits, engage in riskier maneuvers, ignore sound driving advice, incur more moving violations and be involved in more numerous and more severe accidents. These results are based on both driving records and performance on driving simulators. This line of research includes a recent study of the heightened risk for motor vehicle crashes in cases of ADHD persisting into adulthood1.

Poor driving outcomes, such as motor vehicle accidents represent isolated, negative events. An issue with ADHD is that it is a chronic, development syndrome of impaired self-regulation – difficulties organizing and following through on plans and actions that will improve one’s well-being. The time frame for such delayed goals can extend through a course of single day, over a week, month, or longer-range projections, such as saving money for retirement, raising a family, or managing one’s health, well-being, and mortality risk.

Many problems that increase risks for health problems do not “happen” but build up over time, such as gaining weight or an increasingly sedentary lifestyle. Such behaviors often represent a coupling of a drift away from healthy habits and a creeping rise in unhealthy habits. These sorts of matters require the establishment of sound habits, ongoing self-monitoring, and adjustment of behaviors and habits to get back on track with one’s goals when we invariably drift from them. Of course, these are the sort of long-range objectives that commonly fall victim to the consistent inconsistency in follow through and maintenance that is all too familiar to and frustrating for adults with ADHD.

Some of the health domains for which adults with ADHD are at greater risk than the general population risk are2,3:

Internet use and addiction

Even more sobering are data on ADHD and life expectancy. A longitudinal study tracked children with ADHD into their late twenties at which time they completed follow-up measures, many of which measured health behaviors4. These measures were entered into a life-expectancy calculator of the sort used for health risk assessments by insurance companies. The results based on the health measurements of adults with ADHD at 27 years-old (on average) predicted a reduced estimated shortened life expectancy by almost 13 years. This is consistent with past research on the correlation of personality factor of conscientiousness, or ability to follow through, with life expectancy, with lower conscientiousness associated with earlier mortality, on average.

The take-away message for what to do about this if you have ADHD is a mixed bag. One hopeful message is that the vast majority of risk factors assessed in the study represent changeable health behaviors, such as diet, exercise, smoking, weight, and driving behavior.

On the other hand, a frustrating aspect is that these sort of health behaviors are difficult for anyone to change and maintain, ADHD or not. This is compounded by the fact that ADHD itself is not a knowledge problem but a performance problem – problems following through on one’s plans despite desiring the outcome. Everyone wants to be healthier and maintain good health habits but there are many immediate barriers to such plans that make it challenging, especially for adults with ADHD.

The empowering and evidence-supported take-away message about adult ADHD is that there are many effective medical and psychosocial treatments that can target organization of and follow through on healthy behaviors. In terms of addressing health-related behaviors in such treatments, simply emphasizing the importance of improving health will not be sufficient, such as directing someone to “stop smoking and lose 20 pounds.” In my work as a therapist, helping a client with adult ADHD deal with procrastination solely by telling them that they “really need to start earlier” would be akin to malpractice.

It is good practice to consider and evaluate health behaviors as part of a diagnostic assessment for ADHD. Technology overuse and sleep behaviors, are already very common targets for adult ADHD treatment. On the flip side, managing ADHD must be the focus of any effort to adequately improve the implementation of health-promoting behaviors among adults with ADHD, which often involves a combined medical and psychosocial treatment toward this worthwhile, life-affirming outcome.

2 Barkley, R. A. (2015). Health problems and related impairments in children and adults with ADHD. In R. A. Barkley (Ed.). Attention-deficit/hyperactivity disorder: A handbook for diagnosis and treatment (4th ed.) (pp. 267-313). Guildford Press.