When one partner in a couple has ADHD, it affects both of them—as does everything else about both members of a couple. So when one romantic partner has ADHD, that tends to evoke certain kinds of reactions from their non-ADHD partner which then impacts the first partner. And around and around we go. This affects their relationship as a whole as well as their sex life, as I cover extensively in my new book, ADHD After Dark: Better Sex Life, Better Relationship.

Some couples find ways to work together and do well, whereas others get stuck in a no-win tug of war. This is especially likely before the ADHD is diagnosed and treated, leaving both partners at a serious disadvantage to understand why they keep having the same struggles. ADHD doesn’t necessarily create new struggles for couples, so much as that it exacerbates the universal struggles that every couple has to wrestle out—how do we balance each other’s different needs, preferences, and ways of doing things? The couples who handle this well tend to have more and better sex, since it’s hard to really open oneself up sexually when there are too many unresolved conflicts.

The good news, though, about ADHD is that it tends to respond well to treatment. Getting a diagnosis can feel like the grand revelation at the end of the mystery novel—all of a sudden all those random pieces fall into place and make sense. 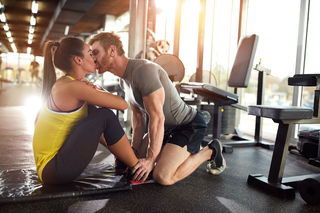 But, like most things in life, you need to work at it and both partners have their part to play. I did a large online survey of couples with one ADHD partner, looking at their relationship and sexual satisfaction.  Three thousand folks filled out the survey. Not surprisingly, those respondents who felt that their partner put in the most treatment effort on managing ADHD tended to put in more effort themselves and also found treatment to be the most effective. Related to this, those who used more treatments also found it more effective. In other words, not just medication (although it tends to be very effective), but also educating themselves about ADHD, working on lifestyle factors like sleep, or working with a therapist, coach, or organizer.

Conversely, those respondents who felt that ADHD had the most negative effect on their sex life felt that they themselves put in the most effort but that their partners put in the least. This has a double-whammy on their sex life. First, if their partner isn’t putting in much effort on managing their own or their partner’s ADHD, treatment is less likely to be effective, so poorly managed ADHD will have more of an effect on the couple’s life and relationship. However, there is also the resentment of feeling like one is working harder than one’s partner and that it is this lack of effort that is responsible for those additional struggles—whether or not it actually is may not matter if that low-effort partner is blamed for it. In relationships, perceptions matter more than the reality.

ADHD Treatment Effort is an Aphrodisiac 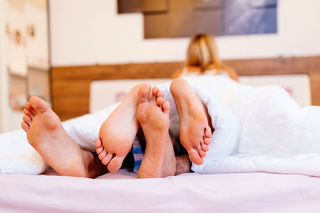 Obviously, those folks who rated their partners as putting in more effort felt that their partners were doing a lot of other things right also—and were certainly rewarding that good effort with good deeds of their own. These romantic partners were on the same team and worked well together towards common goals. Undoubtedly, problems came up, but they found effective ways to resolve them, then held themselves to those agreements—and gave their partner a polite nudge if they felt their partner was slacking.

This integrity and good behavior goes way beyond ADHD and applies to every couple and every topic. More sex is great and it’s important as a way for partners to connect, but it represents lots of other good behavior in the relationship. Life brings all sorts of challenges to couples—sometimes it involves bridging differences between partners; sometimes it involves addressing external stressors. Either way, the couples who do best are the ones who are most able to work as a team—in bed and out.

If your sex life isn’t what you would want it to be and you or your partner have ADHD, then you may benefit from having some serious discussions about what you are each doing to work on it. Those who work better as a team by day tend to get together more often at night.