I have a saying that a good relationship pushes you to become a better person. There is no one like a romantic partner in a committed relationship to push us to deal with our issues and to call us out on our bad behavior. They’re not always 100% right and it isn’t always a pretty process, but if the relationship is to last, both people need to put in the effort to become better partners. The friction gradually wears down the rough spots so that hopefully the couple fits together better.

This is a universal process that applies to every couple, but adding challenges to the relationship, such as those that come along with ADHD, can make it that much more important that both partners bring their best. When there are these additional burdens, the universal struggles can feel even more difficult to overcome. Ultimately, every couple needs to figure out how to negotiate differences so that both partners feel like they are getting their needs met. Any two people will sometimes have different desires, preferences, opinions, or needs—if one partner has ADHD and one doesn’t, that can add to those differences. When partners haven’t yet figured out how to live well together, it can seem like the ADHD has become an insurmountable obstacle—“We’re too different, we’ll never want the same things.” (And, by the way, the main problem here is you, not me.)

The bad news of this is that, no, you definitely won’t want all the same things. Some of this may be related to one of you having ADHD and one not, but you would still have differences even if neither (or both of you) had ADHD; if you were in a same-sex relationship; if you both grew up in Minnesota; whatever. . . The good news though is that happy couples still have insurmountable differences; they just figured out which are the difference to stop trying to surmount, instead focusing on the parts of the relationship that are working well.

I sometimes describe ADHD as a disorder of actualizing good intentions. Folks with ADHD know what they should do (and where, when, why, and how), but somewhere between the knowing and the doing, something else happens. They are inconsistent and feel badly when they fall short. In fact, because they fall short more often than folks without ADHD, they sometimes feel really badly because, damnit, it happened again. And yet that disappointment doesn’t translate reliably enough into different actions next time. It’s maddening and confusing. 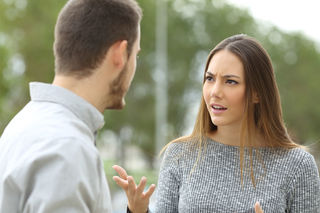 This isn’t just about getting the job done at school or work—it also affects their interactions with friends and romantic partners. It makes it harder to be the partner that they would like to be—to be consistent, reliable, and predictable. Meanwhile, the romantic partner who initially was forgiving and willing to pick up the slack eventually tires of it and becomes more impatient, angry, critical and controlling. In other words, they become someone in the relationship that they don’t want to be. Under these circumstances, it’s easy to develop a relationship dynamic where each partner brings out more of the worst from the other, rather than the best, as they battle to get their different needs met.

In some research that I did into couples with one ADHD partner (Tuckman, 2019), I found that those who felt that ADHD was the least well managed also reported the least relationship and sexual satisfaction. They were unhappy, but didn’t know how to make it better. They were trapped in a tug of war that they couldn’t get out of. If they were using any treatment methods, they didn’t find them all that effective, but they also didn’t put in as much effort as they could—and they most likely felt that their partner wasn’t putting in enough effort, either. Did the lack of effort come from the lack of effectiveness or vice versa? Or both? You can bet that they weren’t having much sex and when they did, it probably didn’t have the positive benefit on overall relationship satisfaction that it could have.

As much as poorly managed ADHD can be the straw that breaks the camel’s back in a relationship, there were also a significant number of couples in my survey who were very happy together—and not just the young’uns who are still in the easy, early days of a relationship. Overall, what separated the least and most happy couples was a cluster of different factors that related to the partners feeling like they were working together on the same team. They both put in the effort on managing ADHD, being sexually generous, and asking for what they want. Obviously, it is much easier to be a good team player when you feel like your partner is being equally giving—even if equal can look different between the two of you.

So the big question then is, what would it take for you to be that generous partner that you would like to be? 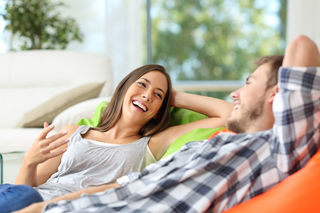 This requires two things. First, you need to act with integrity and not let yourself slack off when something is difficult or get defensive when your short-cuts are pointed out. You need to be willing to really listen to what your partner wants and have a (mostly) productive conversation about it. Second, you need to be direct about what you want from your partner and call them out respectfully when they fall short. In other words, you need to push both yourself and also your partner to be a better person. Some of this will involve educating yourselves about ADHD and how to work better together, seeking effective treatments, maybe doing some individual or couples therapy, etc. This won’t solve all your relationship problems, but it will hopefully reduce the obvious problems—which clears the space to work on some of those less obvious problems.

For the person with ADHD, this may involve really pushing themselves to step up and be more consistent, take their partner’s requests more seriously, and take ownership for it when they drop the ball (because no one is perfect). Meanwhile, the non-ADHD partner may need to work on managing their own anxiety and figuring out what they can let go without feeling like they are selling themselves short. Both partners need to ask directly for what they need, but also look for good effort by the other, particularly when things don’t work out as hoped.

ADHD can be both an easy excuse or an easy scapegoat for other relationships problems, so resist the temptation. Take ADHD seriously and work to understand and manage it, but don’t get stuck on it. There’s more to relationships (and life) than just ADHD. Bring your best, push your partner to bring their best, and enjoy the ways that you complement each other.