Carrie Symonds, the fiancé of Boris Johnson, The Prime Minister of the UK, gave birth just a few days ago to a healthy baby boy, despite carrying her pregnancy through a worldwide viral pandemic, her own social isolation, and also the father of her child being admitted to hospital. 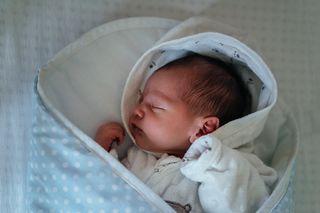 Boris Johnson has now revealed to the UK press just how close to dying from the virus he came, even describing how contingency plans were drawn up for the eventuality of his not surviving.

Carrie Symonds would have contended with the fear of her fiancé’s demise.

There is evidence that the sort of distress experienced by Carrie Symonds and by many other women during their pregnancies at this time might lead to increases in mental health difficulties in children years later.

Petra Persson, assistant professor of economics at Stanford University, and Maya Rossin-Slater, assistant professor at Stanford University School of Medicine, recently published an investigation that seems to predict that the future mental health of some children born to pregnancies at this time may have been at least partly determined by what happened over the last few weeks.

The study also appears to predict a potentially significant spike in future mental health problems for the coronavirus generation being born right now.

The study was entitled, ‘Family Ruptures, Stress, and the Mental Health of the Next Generation’, and found that if a mother suffered the stress of a bereavement during her pregnancy, in particular the death of a maternal relative, then the child she gave birth to, was, years later, much more likely to be prescribed ADHD medications during childhood. Even into adult life, there was a significantly increased chance of being prescribed anti-anxiety and depression medications for these children.

At the time of writing there are 250,000 deaths worldwide linked to Covid-19, so, statistically speaking, many of these will have affected a pregnant woman close to the person who died.

While Carrie Symonds and many other pregnant women, for example, did not have to grieve for the death of the father of her child, she was put under the kind of strain, as she experienced him fighting for his life, which surely comes close to the levels of tension people experience during an actual bereavement, and which many other pregnancies are enduring at this time, for various reasons.

The study, published in the academic journal, American Economic Review in 2018, investigated all children born in Sweden between 1973 and 2011.

Children whose mother lost a family member (a sibling, a parent, a maternal grandparent, the child’s father, or an own (older) child) in the nine months after the child’s date of conception, were investigated to examine specifically the impact of emotional trauma which occurs during pregnancy.

The investigation found that in utero exposure to the death of a mother’s close relative during pregnancy has substantial effects on the children born in terms of their later consumption of prescription drugs treating mental health conditions both during childhood (around age 10) and in adulthood (around age 35).

For children, these effects include a 25 percent rise in the likelihood of taking a drug used to treat ADHD (Attention Deficit Hyperactivity Disorder), and a 24 percent increase in the average daily dose of ADHD medications.

For adults, who had been in utero when their mothers experienced the bereavement, there was a 13 and 8 percent increases in the likelihood of consuming prescription drugs for anxiety and depression, respectively, as well as 19 and 12 percent increases in the average daily doses of these medications. These effects are stronger when the deceased is a close relative of the mother, suggesting that the severity of stress exposure has mental health consequences.

These findings are especially relevant for the ‘corona virus generation’ being born now and over the next few months, because the authors went on to calculate the impact of the strain of unemployment on pregnancy, and many millions of people all over the planet are going to find themselves unemployed or facing similar stresses as a result of the economic consequences of the pandemic.

Other research has also established a link between mothers’ cortisol (a stress hormone) levels during pregnancy and their children’s mental health, suggesting there are plausible mechanisms that can account for these findings. According to another separate study,  pregnant women exposed to the stress of the Six-Day Arab-Israeli War, increased the likelihood of their children developing schizophrenia by age 30.

But surely Carrie Symonds experienced the compensatory euphoria of discovering her partner survived and didn’t die, unlike the tension faced by the bereaved mothers in Persson and Rossin-Slater’s research, so perhaps the mother of the Prime Minister’s son faced less stress overall?

But it is the issue of emotional turmoil which appears to be the big factor in disturbing a pregnancy. This means that enormously positive events, if they cause intense moods also appear to have an effect.

A recently published study from the University of Colorado has examined the effect of US Super Bowl exposure on low birth weight, finding that first-trimester exposure (first three months) to the Super Bowl is associated with a 2 percent increase in the probability of low birth weight (defined as weighing less than 2,500 grams at birth). First-trimester exposure to a Super win is associated with an almost 4 percent increase in this probability. These percentages may appear small but they are statistically significant, and multiplied over thousands of pregnancies add up to a major nationwide effect.

For the uninitiated who live outside of the USA, the Super Bowl is the championship game of the US National Football League (NFL), played in late January or early February, attracting tens of millions of television viewers.

The study, published in The Journal of Human Resources, examined children who were born after, but conceived before, the Super Bowl, by mothers who lived no further than one county away from an NFL stadium, so mothers who were likely to be following their team as they made their way to the final, or being part of a community doing this.

The authors, Brian Duncan and Daniel Rees, professors of economics and Hani Mansour, an associate professor of economics, used a sporting event for their study because these elicit intense emotions, but as they do not pollute the environment or threaten viewers with direct physical harm, or prevent access to ante-natal care, they provide an opportunity to study the impact of ‘pure’ emotions on a pregnancy.

The study, entitled, ‘It’s Just a Game The Super Bowl and Low Birth Weight’, also found that so-called ‘upset wins’ (in other words where a team won who were not expected to, so their victory could not have been anticipated) are associated with larger increases in the probability of having a low-birth-weight child, than are predicted wins, again suggesting it is the intensity of emotion the mother experiences during the pregnancy, as opposed to whether feelings are negative or positive, which is the key effect.

Petra Persson and Maya Rossin-Slater conclude their study by pointing out that poorer women are subject to more stress than those who have more resources, so their results suggest that fetal stress exposure, given its negative impacts on their children, which endure even for decades into the future, may play a key role in the intergenerational transmission of disadvantage.

While the current contagion of the virus is the focus of the world, it is also spreading stress and economic hardship, but maybe, behind the scenes, it is even consolidating inequality.

It is important to note that these are correlational studies. That said, the possibility exists that even after a vaccine is found, or the pandemic subsides, the mental health effects may pertain for decades to come.

Dr. Peter Bruggen passed away in 2018. While this article was written by Dr. Raj Persaud, Dr. Bruggen’s name is retained biographically as a tribute to his contributions overall.