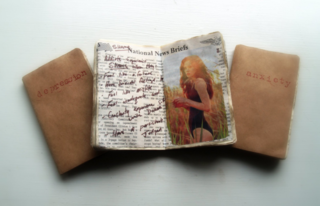 A few months ago, we did a review of the latest in psychiatric genetics. We know that most psychiatric disorders have a strong heritable component, up to 75% for ADHD or schizophrenia, and 25-40% for anxiety, PTSD, and OCD. But it is definitely not as simple as a single gene predisposing you for anxiety. No, it’s a complex interaction of probably thousands of genes and their interplay with environment that can lead to clinical anxiety that affects function.

In a new study using data from the Million Veteran Program, scientists were able to study the links between anxiety and genes in a huge database, with some interesting findings.

Anxiety disorders are among the most common psychiatric disorders, affecting 1 in 10 people yearly. While anxiety can be adaptive (it certainly helps to have a level of anxiety to make sure you are paying your rent every month), they can also severely inhibit normal functioning to the point that people can’t work or even leave their homes. Clinical anxiety means the fear and other symptoms are out of proportion to the actual events and result in significant distress and disability.

When you look at the genomes of a large number of individuals and correlate common genes with clinical anxiety, there are a few major findings. Novel genetic variants were discovered around several genes related to the hypothalamic-pituitary-adrenal axis, neuronal development, and the regulation of gene expression. There is a large overlap between symptoms of PTSD, generalized anxiety, and OCD, and there seems to be a large genetic risk overlap as well. This is not surprising and can also explain why similar treatments, such as SSRIs and psychotherapy, can be effective for all kinds of anxiety. 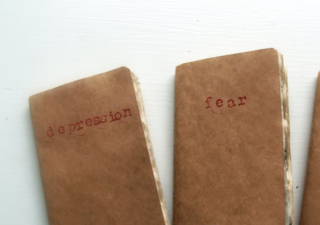 One interesting finding of this genetic trawling compared to anxiety symptoms was a link to an estrogen receptor, ESR1. In mice, administration of estrogen has shown increased anxiety behaviors, and there are definitely sex-related differences in diagnosis of anxiety and PTSD. Women are more than twice as likely to get anxiety disorder as men. It’s possible that genetic variations around estrogen receptors might explain some of this difference, or we may need to look towards testosterone and aggression.

We are very early in our understanding of the heritability of psychiatric disorders. It’s hopeful that more information could decrease stigma and give clues to novel treatments in addition to the helpful psychodynamic, cognitive behavioral therapy, and other directed treatments for anxiety that we already have. Linking pathophysiology to psychopathology will help all of us in the future treating anxiety disorders.