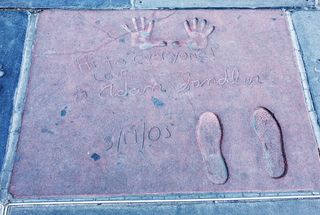 The Terror of Malignant ADHD

Those who need peace and quiet drown in a barrage of continuous stimulation.

And that’s the point. That’s malignant Attention Deficit Hyperactivity Disorder (ADHD)—a disorder characterized by inattention, hyperactivity, and often the relentless seeking of continuous stimulation.  It’s a life in endless search of the next stimulation driven dopamine rush—sex, gambling, drugs, whatever.

No boredom, no routine—life as a mess. Adam Sandler has created a truly useful film.

Uncut Gems—What We Are Really Seeing:

Adam Sandler, as diamond merchant Howard Ratner, defines malignant ADHD as a grown-up, living a life constantly on the edge. This is not garden variety ADHD. And certainly not iffy, borderline ADHD that many see as over-diagnosed.

This is malignant ADHD with a strong flavor of what psychiatrists see as conduct problems, namely breaking the major rules of society.

Children with significant ADHD symptoms are more likely to have all the problems of life which parents hope to protect them from. As youngsters, emergency room visits, not finishing school on time, drug problems, impulsive acting out. As adults, relationship issues, disorganization, divorce, problems with the law, frequent job changes and on and on.

Although some outgrow ADHD, one third or more of children with ADHD will have a poor outcome,  particularly if left untreated. Conduct problems are over-represented in this group.

Life is no picnic for them or their families. It’s often a ride through anger, frustration, sadness, and unfulfilled promise. There’s sadness in witnessing unfulfilled promise. You can imagine what Howard might have been like if his talents had been harnessed in a healthier way.

If someone you know struggles with untreated ADHD, I am sure you can relate.

In Uncut Gems, Adam Sandler has the hallmarks of ADHD never outgrown—and now complicated by the consequences of leading a life consumed by stimulus seeking, mostly gambling and sex. He is impulsive, addicted to gambling (often co-morbid with adult ADHD), lives in the moment, learns nothing from his mistakes, and concocts plans on the run.

Howard’s life is as deep as his preoccupation with fancy clothing, pricey watches, and expensive cars. He is obsessed with the need for more and more money to pay off his debts.

Lies are de rigueur, the only way he communicates. Really listening to what others are saying is nothing but a superficial show. True conversations are a foreign language to him.

Without communication, his relationships are shallow and insincere. Howard manipulates the significant people in his life—his family, his customers, his mistress. He alienates his wife, who hates him and cannot wait to divorce him, his son, who is befuddled and hurt by a father who orders him not to inform his mother or anyone about the girlfriend who lives in his father’s city apartment, his father-in-law, who backs him when his back is against the wall and his major customer, who neither understands nor trusts him.

The dishonesty behind what seems like real caring becomes grating and undermines his significant relationships.

The Urgency of Good Treatment:

*Spoiler alert: I’m about to allude to the end of the movie.

Although the movie does not cover his childhood, my guess is that Howie was the smart kid who never did his schoolwork, never lived up to his potential, always hung out with the “wrong” crowd which offered lots more stimulation than school ever could. Probably he broke the rules that hold society together. Maybe he got caught, but probably he smiled and talked his way out of consequences.

As he aged, the risks became riskier and the price for taking them became more expensive. Did he get effective treatment as a child? I think not.

Ultimately, Howie pays with his life.

The irony is that at the beginning of the movie Howie is worried about the possibility of having malignant colon cancer, but in the end, after experiencing the mother of all dopamine rushes, it’s his malignant ADHD that kills him.

Kevin Kalikow is a Child Psychiatrist & Author of Your Child in the Balance and Kids on Meds.