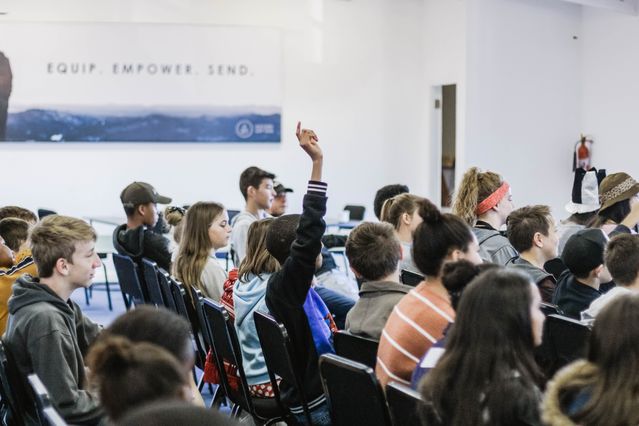 Replicated analyses of nationally representative samples now find that students of color are less likely to be identified as having disabilities than similarly situated students who are White. Under-identification of students of color occurs during elementary, middle, and high school and across a range of specific disability conditions including learning disabilities, autism, speech or language impairments, and ADHD.

Under-identification and the resulting lack of treatment or services may partially explain racial achievement gaps as well as disparities in the school-to-prison pipeline. Under-identification may be occurring due to a lack of access to health care and culturally and language sensitive providers, limited information about the signs, symptoms, and services available for disabilities, inaccessible eligibility and due processes materials, and the special education system’s current reliance on teacher referral.

Yet over-identification may be occurring in specific contexts. The U.S. South might be one such context. Over-identification might be occurring specifically in the U.S. South because of the region’s racialized histories of de jure and de facto segregation as well as slavery, succession, Jim Crow, and the massive resistance to court-ordered desegregation. Schools have been thought to have begun using disability identification as an alternative legal strategy to continue racially segregating students “under a seemingly natural and justified label” following the Supreme Court’s 1954 Brown vs. Board of Education decision. Some descriptive work finds that racial and ethnic disparities in disability identification vary by region and state.

To investigate whether under- or over-identification has been occurring in the U.S. South, we recently analyzed large samples of students attending the region’s elementary and middle schools. We analyzed National Assessment of Education Progress data separately for each of the region’s 11 states as well as for the region in aggregate. We examined for under- or over-identification for disability generally as well as for a range of specific conditions including autism, specific learning disability, ADHD, and speech or language impairments.

To assess whether under- or over-identification has been and continues to occur, we analyzed survey data collected in 2003 and in 2015. To better evaluate for potential racial discrimination, we contrasted students attending the same schools who were observationally similar in their academic achievement, gender, English Language Learner status, and exposure to economic disadvantage.

What did we find? Consistent with studies analyzing nationally representative samples, we found repeated evidence of under-identification. Among similarly situated students, those who are Black or Hispanic were less likely to be identified as having disabilities while attending elementary and middle schools in the U.S. South. Under-identification was evident during fourth and eighth grade and across 2003 and 2015. The disparities were large. For example, the odds that students who are Black or Hispanic were identified as having disabilities while attending schools in the U.S. South were 58% to 71% lower than similarly situated students who are White. Under-identification was evident across the region’s individual states. We also observed under-identification for specific disability conditions including autism, ADHD, speech or language impairment, and specific learning disabilities.

Our analyses help establish that under-identification is occurring throughout the U.S. South and across a range of individual states. This has not previously been known. We find no empirical evidence to support theoretical accounts that schools throughout the U.S. South have been using special education as an alternative legal strategy to continue racially segregating students. Our results are instead consistent with public health research finding that traditionally marginalized communities disproportionately lack access to health care professionals who might make a diagnosis as well as to evidence-based information and resources.

What should be done to address these disparities? Our findings are consistent with efforts to ensure that practitioners use culturally responsive procedures including in regard to soliciting developmental concerns. Practitioners in clinical settings have been reported to be more likely to solicit developmental concerns and administer developmental screenings to White, English-speaking, and higher income parents. Teachers have been found to be less likely to consider students of color as having disabilities than otherwise similar students who are White. Expanding use of universal screening, which has been shown to help address similar disparities in gifted education, may help lessen the special education system’s current heavy reliance on teacher referral.

School-to-community partnerships and efforts to ensure equal access to evidence-based information about disability conditions as well as to eligibility and due process protections may also be helpful. Federal policymakers should be ensuring that states including in the U.S. South are meeting their Child Find obligations under the Individuals with Disabilities Education Act. Investigative reporting recently found was not occurring throughout the state of Texas. Our findings suggest that greater efforts are needed by practitioners and policymakers to ensure equal access to special education services including for students of color attending schools in the U.S. South.