How does attention-deficit hyperactivity disorder (ADHD) affect people in adult life? Specifically, what are the implications for people’s sexual and romantic relationships?

For the answers, I spoke to a certified sex therapist, Dr. Ari Tuckman. Tuckman has just published a book titled ADHD After Dark, which explores how adult ADHD affects people in the bedroom and beyond. For this book, Tuckman surveyed more than 3,000 people who were in relationships in which one partner has ADHD and the other doesn’t in order to better understand when these relationships work—and when they don’t. 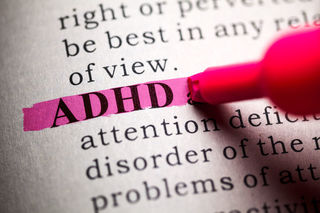 You can listen to my complete conversation with Tuckman in this podcast, but in this post, I will share an excerpt that explores the sexual impact of ADHD and the different ways that it affects men and women—and also the differential impact on same-sex couples compared to mixed-sex couples. Note that this transcript has been lightly edited for clarity.

Justin Lehmiller: Let’s talk a little bit about some of your survey findings. How does ADHD impact people’s sex lives? Does it have an effect, for example, on the way people approach sex or experience sex? Is there a link to sexual dysfunction? What kind of things did you find?

To have a partner who has a strong sexual interest, hopefully that keeps that couple’s sex life a bit more front and center, so they continue to get all the benefits of a great sex life together. But it can also be a double-edged sword if it becomes a thwarted desire or a place where the couple doesn’t agree.

Justin Lehmiller: So it sounds like a sexual desire discrepancy could potentially be an issue here for some couples where you have a partner with ADHD whose interest in sex may remain higher than their partner’s for much of their relationship.

Ari Tuckman: Yes. Now what’s really interesting about this is when we weave in the gender piece. If we’re talking about heterosexual or mixed-gender couples who are discrepant for ADHD, they’re not the same depending on who has ADHD. So if it’s the man with ADHD versus the woman with ADHD, it’s different. One of the things I found was that if the woman has ADHD they have sex 25% more often than when the man has ADHD. So in other words, they wind up having sex 73 times a year versus 59, which I think is a difference you would feel. Fourteen more times in a year, you’d probably feel that as in terms of how it contributes to your relationship happiness or at least satisfaction with your sex life.

I think that what happens is that when the woman has ADHD and the man doesn’t, they are more sexually similar. In general, women tend to report less sexual eagerness than men—but when you have a relationship between a woman with ADHD and a non-ADHD man, they’re likely to be more similar. By contrast, there’s likely to be a much greater difference in sexual interest when it’s the man with ADHD and the woman without. So in those mixed-gender couples where the man has ADHD, they will likely struggle more in their sex life and also tend to struggle more in other ways in the relationship because of the different gender expectations for each partner and how ADHD impacts the fulfillment of those expectations.

Justin Lehmiller: That’s really interesting and now it’s got me thinking about how ADHD might play out in couples with different sexual orientations. If, for example, you had two men who were together in a same-sex relationship and one of them had ADHD, would the implications be different compared to a mixed-sex relationship where just the male partner has ADHD. Do you have any insights there into how this might play out based on sexual orientation?

Ari Tuckman: So in terms of sexual eagerness, generally speaking, men rated quite a bit higher than women on most—in not all—of the variables except for the question, “have you ever engaged in consensual non-monogamy?” So what it means then is, if you have a same-sex couple, two guys, two women whatever, there’s potentially less difference on average in terms of their level of sexual interest. And, you know, the more similar we are, the less we have to argue about—there’s less of a bridge we have to cross to understand our partner’s perspective. So if you have two guys, one of whom has ADHD, there’s likely going to be less of a difference between them compared to if the guy has ADHD and then has a non-ADHD female partner. So, on the sexuality front, same-sex couples are perhaps more similar and then perhaps more compatible.

But you also have to think on the relationship side—managing the business side of life. Somebody has to go to the grocery store, somebody has to load the dishwasher—there’s all of that mundane business of life where you’re still going to have a lot of the same struggles and disagreements even in same-sex couples. The two people in the relationship still have to find a way to balance work and play. They have to find a way to balance workloads so that it doesn’t turn into a situation where the non-ADHD partner winds up taking on more and more just because they’re better at remembering to do things and better at persisting through boring tasks. If this happens, they will just grow more and more resentful, more and more critical. Then the partner with ADHD becomes more avoidant or defensive—and that’s the sex killer right there. That’s the dynamic that all of us—regardless of gender and sexuality—would like to avoid in our relationships.

Listen to my full conversation with Tuckman here to learn more about how ADHD affects people’s sex lives and relationships.