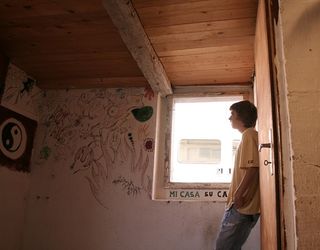 The Journal of the American Medical Association (JAMA) recently reported a meta-analysis of 366 randomized clinical trials involving 36,072 patients with depression.

The researchers measured the effectiveness of therapy in reducing symptoms of the disorder. Significantly smaller effect sizes were found in children (under 13 years of age) and adolescents (ages 13-18) compared with young adults (18-24 years). No significant differences were found between middle-aged (24-55 years) and older adults (55-75 years).

The study allowed different treatment formats, including individual, group, telephone, and guided self-help (through the internet or not). Also included were studies on treatment-resistant and chronic depression, as the patients in these studies met criteria for depression. Studies on bipolar and psychotic depression, or on self-guided therapies without any professional support, and on inpatients, were excluded from the meta-analysis.

Although it is not clear how to explain the difference in results between children/adolescents and adults, it may just be that psychotherapies are less effective among youth. Another possibility is that the types of therapies most often used with children and adolescents (such as cognitive behavioral therapy) are originally designed for adults, albeit age-adjusted for children, and they may be a better fit for the needs of adults than for those of young people.

Another possibility is that young people’s potential for recovery from depression is constrained by parental and family characteristics that youths, unlike adults, have little opportunity to escape or alter.

Some 30 years ago, I was working in schools with problem children under 13 years of age. Most were diagnosed with attention deficit/hyperactivity disorder (ADHD), oppositional defiant disorder (ODD), and/or conduct disorder (CD). Behavioral therapy, with its token rewards, was the recommended approach for teachers, school counselors, and therapists. I was assigned to go to the home and establish the reward regimen, which would then carry over into the school.

The conditional reward system didn’t work any better at home than at school. The assigned social worker would usually shrug and tell me the family was simply “dysfunctional.” I found the children usually more disruptive at home than at school, screaming back at mothers, refusing to do homework, throwing tantrums, breaking toys, kicking furniture and more. It dawned on me that helping these mothers, at the end of their rope, deal with their own frustrations and anger, might be the key to changing the child’s behavior.

I would drop by after school or early evening to establish a presence, not so much as a professional advisor but more as a participant in helping siphon off excessive tension among siblings, interacting with them in games, and talking to the mother while she prepared dinner.

The single mothers understandably were also busy, trying to make ends meet on a poverty budget, dealing with the hardships of satisfying work requirements for welfare while trying to rear a family of needy children acting out their frustrations both at home and in school. Yet, once they recognized themselves worthy as parents, the family was no longer dysfunctional. (A more formal framework for family-based therapy is structural family therapy, provided at many schools of social work.)

I also encountered 13-18-year-olds diagnosed with ADHD, ODD, and CD in middle schools and high schools; they were prone to wander the halls and avoid classes. At home, the parent or parents had long since given up on overseeing completion of homework or enforcing curfew. When not into petty theft after dinner, these teenagers congregated in alleyways to smoke pot. These clients were also depressed, just waiting to reach age 18 and quit school. Without much motivation from family members, home visits were seen largely as a waste of time.

At school, I tried various elements from popular adult therapies but found that this age group lacked the ability to abstract, and they were stuck intellectually somewhere in their early teens. I frequently got promises to comply with adult therapies, but few followed through, be it for lack of motivation or fear of failure. In discussions with their teachers, the most common explanation for classroom avoidance and/or being the class clown was a ploy for the student not to be seen as academically stupid.

Although this age group may be street-smart, without academic skills they are at risk of low-paying jobs and prison for petty crimes. One obvious alternative might be to offer them skills for higher-paying jobs, such as welding, plumbing, electrical installations, carpentry, and auto repair, in lieu of academics.

Yet, whatever the reason for the limitations of currently available psychological treatments for depression among adolescents, the need for improvement of treatments requires much more outcome research.

This blog was co-published with PsychResilience.com