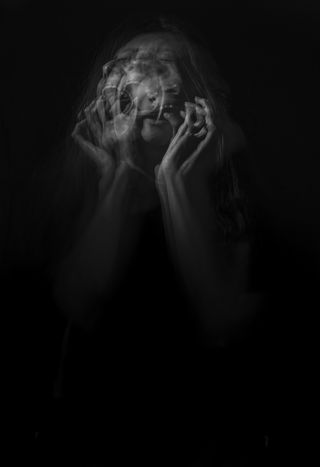 October is ADHD Awareness Month. What exactly is ADHD? While most people recognize the term today, many don’t know exactly what it means.

Just imagine how frustrating life would be if day after day you were faced with constantly running late, interrupting others during conversations, forgetting where you left your keys as you are about to leave home, procrastinating with finishing piles of laundry, and canceling dates with friends due to a poorly planned and overbooked schedule. Or, as a parent of a child with ADHD, you were faced with receiving daily phone calls from the teacher with reports of your child’s excessive talking, missing homework assignments, and hitting peers.

There are three different types of ADHD: a hyperactive-impulsive type, an inattentive type, and a combined type, which has features of the first two types. People with the hyperactive-impulsive ADHD type, have difficulty with excessive movements and impulsivity and are often described as “being driven by a motor.” People with the inattentive type of ADHD, on the other hand, demonstrate greater problems with focus, the ability to keep things organized, and tasks that require sustained thinking. It is not uncommon for people with the inattentive type of ADHD to forget deadlines, leave projects and tasks unfinished, lose items, and have difficulty with organizational skills.

ADHD is among the more common mental illnesses affecting chil­dren, impacting approximately 11 percent of children age 4-17. Once thought to be primarily a mental health disorder affecting children and teens, it is clear that ADHD commonly causes challenges well into adulthood, and studies have shown that almost 5 percent of adults in the U.S. have this condition. Roughly two-thirds of people who experienced ADHD symptoms as a child will continue to experience ADHD symptoms as an adult.

Additionally, many adults are recognizing their ADHD symptoms for the first time in their 30s, 40s, 50s, and even 60s. In clinical practice, it is not uncommon to establish a new diagnosis of adult ADHD, though it is clear that the person has suffered for years if not decades from challenges due to this condition. These challenges can include difficulty sustaining relationships, lack of job satisfaction (or frequent job changes), substance abuse, and health problems.

Without proper diagnosis and treatment, ADHD can lead to underachievement in several areas of life in both childhood and adulthood. Also, people with ADHD are more likely to suffer from co-morbid mental health disorders, including anxiety, depression, and substance abuse. Once the diagnosis of ADHD has been established by a professional clinician, a combined treatment approach is recommended. ADHD treatment options include therapy, medications, educational or workplace accommodations, natural remedies (including exercise, mindfulness meditation), nutritional supplements (e.g., supplementation which promotes healthy brain functioning such as omega-3 fatty acids, zinc, and magnesium), and dietary modifications (e.g., diet low in simple sugar and carbohydrates).

ADHD has no cure. It is also a chronic condition, which means that people with ADHD will likely have daily challenges over a long period of time. For that reason, we’d like to offer five practical and effective strategies for dealing with the challenges that ADHD brings.

1. Deal with it now. Put your keys in a designated space immediately upon entering or exiting your home, vehicle, etc. Return calls immediately, and don’t put them off for later. File, sort, or discard a piece of mail immediately upon receiving it.

2. Plan to be early for appointments and set reminders (phone, clock). Write down appointments for 15 to 30 minutes earlier than the actual time. Set alarm reminders. Prepare all items needed ahead of time to avoid looking for missing items at the last minute.

3. Exercise on a daily basis. Choose an exercise activity that is vigorous and fun! Exercising outside is helpful for people with ADHD, as the sunlight and green surroundings are especially beneficial. Allow children adequate time to move around and play, both during the school day and after school.

4. Get adequate sleep. Most people need seven to nine hours of sleep nightly. Create a bedtime routine and have a predictable bedtime. Stick to a regular sleep schedule, even on weekends.

5. Eat a healthy diet. Eat meals throughout the day, which include at least one protein serving with each meal and a serving of fiber-rich whole grains. Avoid sugar, starch, processed, and junk foods as much as possible.

With impactful strategies such as these (and many others) and an effective treatment plan, people living with this condition can lead productive and fulfilled lives. You can find more information on this disorder in our book, Understanding Mental Illness: A Comprehensive Guide on Mental Health Disorders for Family and Friends, and from resources such as CHADD.org and ADDitude.org.