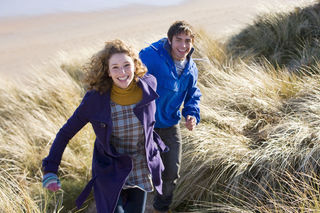 New research finds that those with ADHD are more sexually eager than those without. On ten out of twelve variables dealing with various aspects of sexual interest, those with ADHD rated themselves higher than their non-ADHD partners—and they tied on the other two questions.

These results come from my online survey for couples with one ADHD partner, examining numerous aspects of sexual and relationship satisfaction and were published in my new book, ADHD After Dark: Better Sex Life, Better Relationship.

Specifically, those with ADHD rated themselves higher on:

There was no difference between those with and without ADHD on these two variables:

So, why are people with ADHD more sexually eager? We don’t have specific research that can answer that, but I propose that Russell Barkley, PhD’s response inhibition theory of ADHD does a pretty job of explaining it.

At the risk of really oversimplifying this very detailed theory, Barkley proposes that the fundamental deficit of ADHD involves the ability to hold back a response to a stimulus. For example, if someone with ADHD is working on their computer and they get a text message, they will have a harder time resisting the pull of responding to the text, thereby getting puled off task and perhaps not coming back to their more important work until much later.

Granted, we all have our moments, but folks with ADHD are more susceptible to getting pulled by the distractions and temptations in the world around them and inside their own heads. This causes them to not only be more distracted, but also to hyperfocus when something is really interesting and they are unable to move off of it. It also spills out into other ADHD symptoms like forgetfulness, poor time management, procrastination, impulse buys, etc.

Just as those with ADHD are more influenced by mundane stimuli like texts, I propose that they are also more influenced by sexual stimuli. When they notice sexually interesting things around them, or their own spontaneous sexual thoughts and feelings, they have a harder time letting it go, so that they can instead focus on what else they could or should be paying attention to.

Just as that text can hijack their attention and cause them to go down a rabbit hole of other tasks, so too can a passing sexual thought build upon itself to the point where the person with ADHD is more likely to want to act on it. After all, sex is pretty interesting, so if we can get distracted by rather mundane things like text messages, surely sexual stimuli will require even more self-restraint to resist. Those without ADHD will generally have an easier time of it and instead keep their focus on other tasks that need to be completed.

All of this data is merely descriptive—it does not speak to whether this greater sexual eagerness is good or bad. This depends on the context and how it is used. 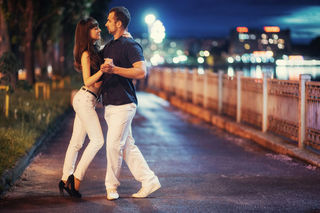 After all, sexual satisfaction tends to overlap quite a bit with overall relationship satisfaction, so having regular sex will benefit the couple before the clothes come off and after they go back on.

Having a partner who is better able to feel that sexual desire even in the grind of daily life can help their partner sometimes disengage from the endless responsibilities and enjoy themselves a little. So this sexual eagerness can be a strength for the individual and the couple, at least if their partner is receptive and appreciative.

On the flip side are the couples where the partner is too often not interested in being convinced and the attempted sexual initiation becomes yet another disappointment for the initiator and more unwanted pressure for the recipient. There are all sorts of individual and relationship reasons why the partner might not be interested, but if the initiations are too often rejected, then it makes both partners less happy.

This is where the overlap of sexual satisfaction and relationship satisfaction feeds negative momentum. Desire discrepancies, especially when significant, can create a real challenge for couples. This is even more problematic when there are too many other relationship strains that make one or both partners less willing to generously work together to resolve this matter.

Work with What You’ve Got

If you’re in a couple where one of you tends to have a higher sexual eagerness and it tends to nudge things in the right direction, then take a moment to appreciate that—and perhaps express that appreciation towards your partner, whether they are the eager one or the convincible one.

If you’re in couple where the difference between your eagerness seems to be causing more tension than pleasure, then you will have some work to do. You may need to have some honest and even challenging conversations about what you can each do to help the less eager partner be more willing to be convinced.

Every romantic partner brings different strengths to the relationship. The challenge is to benefit from the differences rather than get hung up on them.