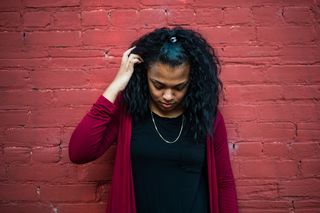 Increasingly, there has been recognition that procrastination is underpinned by emotional issues. The gist of this argument is generally that people who procrastinate have poor distress tolerance. When faced with a task that stirs their negative emotions, they freeze and retreat rather than working through their feelings and carving a way forward. While this is part of what causes procrastination, the causes are more multifaceted than that. Let’s look at six diverse roots of procrastination.

If you need to make decisions constantly, you might find that you put off very small ones. For instance, I’ve been wanting to buy a heart rate monitor for the gym. I picked the one I want to get but as I was about to add it to my cart, I realized I needed to choose between the two sizes offered. At that point, I hit a brick wall of decision fatigue and haven’t gotten back to the purchase in over a week.

2. Difficulty with planning and sequencing.

On a neuro-cognitive level, some folks aren’t good at planning out multi-step processes. This difficulty is especially prominent in people who have ADHD, but there are plenty of folks who don’t have ADHD, and who are otherwise very smart, for whom breaking up a complex task into a series of steps isn’t a strength. For some people taking a birdseye perspective on a task, seeing the steps, and seeing a place to start is obvious. For others, it’s not.

Procrastination tends to cause relationship stress, especially when couples are more established, are making life decisions together, and are reliant on each other for important tasks like filing taxes.

If one person in a relationship tends to procrastinate, there will often be a tug-of-war involving nagging, resentment, stress, and both individuals feeling unsupported in completing tasks involving shared responsibility. The more pressured the procrastinator feels, the more they may dig their heels in and refuse to do anything that’s asked of them.

While it’s obvious how a procrastination tug-of-war can lead to arguments a less obvious, but at least as important, consequence is that this tug-of-war can lead to an erosion of relationship closeness. For instance, if whenever the couple spend time alone together, the resented to-do’s get raised, then it’s a disincentive for spending time together.

All this can create a vicious circle of higher negative feelings and lower positive feelings (such as lower emotional trust) in the relationship.

I’ve written a whole article about how depression and procrastination are linked. In short, when people are depressed they’ll tend to procrastinate over all types of tasks, whether they’re simple or complex, fun or tedious. People with depression often experience a lot of rumination (negatively-toned overthinking), and they often lose confidence in their capacity to be reliable friends, partners, coworkers etc.

When people are putting off tasks due to the negative emotions raised by the task, anxiety is often part of the picture. Even when, on the surface, a person doesn’t want to do a task because it’s boring, boring is often code for hard (e.g., kids who find math ‘boring’ often really mean it’s hard).

Another link is that performance-anxiety often leads to a person taking a perfectionistic approach to a task, which then makes the task unnecessarily daunting. This article outlines other links between anxiety and procrastination.

Many types of creative work (very broadly defined) benefit from people taking some time away from the project and looking at it with fresh eyes. Sometimes you can achieve a state of having fresh eyes with simply a night of sleep. Other times it can be useful to have a couple of months pass before you revisit a project. Taking significant time away from a project can be both procrastination and creatively useful. Often there isn’t a clear distinction. You might both feel the nagging feeling that’s the hallmark of procrastination and creatively benefit from the break.

When people do creative work, they don’t do it in a mental vacuum. Part of the creator’s lens is determined by what’s going on in the world and what’s going on in their life at the time. Life experiences, including mundane ones, can lead to drawing on different analogies etc. This contributes to why seeing a project with fresh eyes can be useful.

Often more than one factor contributes to procrastination. There can be elements of habit to it as well e.g., if you always wait till three days before the due date to write a particular report for work. This isn’t necessarily a bad pattern, if it’s a system that works well for you.